As we end another year I want to share with you about beginnings and endings, and God being with us through the highs and the lows.

I write this as a widowed dad home alone with my 6-year-old on winter break. I had a realization last year, that what was the most joyful time of the year for me as a kid, no school, no homework. Now as an adult, doesn’t bring more joy, it brings more responsibility, and less productivity, as a solo dad, how am I going to keep my child busy and get work done?

3 years ago I experienced the biggest challenge of my life as me and my 3 year old flew back to Cincinnati for the last 5 weeks of my wife Chastidy’s life. She had been battling stage 4 cancer for 3 years and on August 17, 2019, my wife’s journey in this life ended, as she began her new life in her heavenly home.

At first, I dismissed this thinking, that must be the meds talking. At the end of her life, she was given some heavy pain medication.

Upon reflecting on it, I realized that Chastidy WAS graduating. She was graduating from the final semester and the trial that is this life. She passed the brutal battle of cancer, she endured the testing of her faith through not just this but a lifetime of trauma. Her final exams ended where her life began back in Ohio.

But as Godly as she was, Chastidy was a failing student, a broken sinner just like we all have been. She needed the gift of God through Jesus Christ his Son, dying on a cross to graduate into Heaven.

Having all the answers to the test isn’t good enough, getting straight A’s isn’t good enough, it is by God’s grace, His unmerited favor that we get that diploma, that rolled up piece of paper tied with red ribbon, sealed with the blood of Christ, is a deed to a home in heaven. She was graduating into the greatest moment of her life, into the fullness of the presence of God, and I was entering the most painful time of mine.

At the same time as experiencing some of my lowest of lows, I also experienced some high highs. That seems impossible, but in the midst of the greatest storm of my life, God was with me, my encounters with Him with me increased as we got closer and closer to her death. He was leading me, guiding me, speaking to me, and comforting me. In those final weeks, all I wanted to do was seek God in Prayer and Worship. Connecting with His presence was how I survived.

In the beginning of the book of Matthew in the first chapter, it says about Jesus that, “… they will call him Immanuel (which means God with us.”

In the middle of Matthew, in the 14th chapter, we learn that

the disciples were terrified in a storm, “But Jesus spoke to them at once. ‘Don’t be afraid,’ he said. ‘Take courage. I am here!'”

In Chapter 28 at the end of the book of Matthew, in the last verse of the last chapter,  Jesus says is- “… And surely I am with you always, to the very end of the age.”

I was listening to a podcast not long ago that talked about how important the first and final frames in a movie are and how much about the story you can get from just these two images.

I started to think about how not only the first and final frame in a movie, but the first and last line in a poem, how a song begins and how it concludes, artist and writers are deliberate about how they begin and end a project. How you start, and how you finish something is important.

In the past I just glossed over Jesus’ parting words in Matthew 28, thinking about them more like a goodbye, a closing salutation. But now I think He was very intentional in his closing statement. For those of you that have had a loved one die, do you remember the last thing your parent or grandparent said to you? How important are those words to you?

When Jesus said “And surely I am with you always, to the very end of the age.”

It was really moving for me to think, that of anything the God of the universe could say to us, what He said was that He would be with us!

And really what more could we want? There is nothing more meaningful than to experience God’s presence with you, even at your darkest hour. 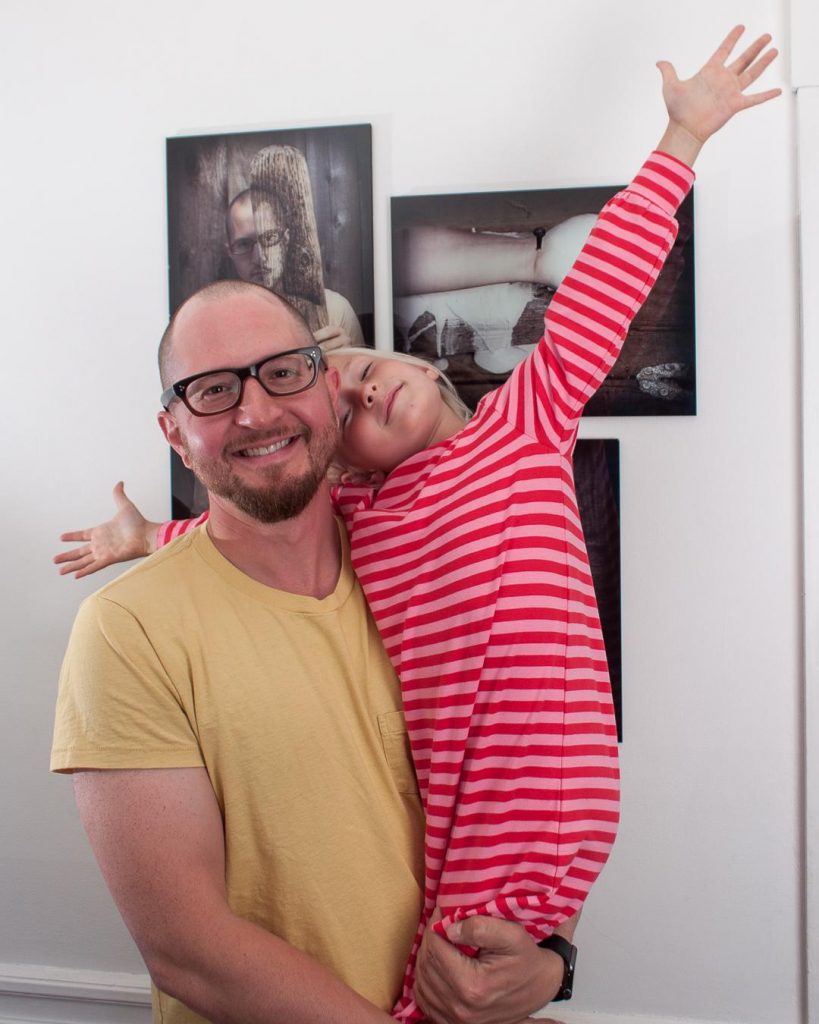 Matthew Ronan likes telling good stories, helping others tell good stories, and most of all wants his life to be a good story. He is an artist, writer, and content producer who’s worked in film, television, and radio. His credits include projects for Disney/Lucasfilm, Warner Bros.,20th Century Fox, and the Michael Jackson estate. He lives in San Francisco with his daughter Catica.

Chastidy Ronan was an executive director of a family support center, a teacher, a missionary, and a nanny, but the brightest part of her life was being a mom. She taught elementary through college in Ohio, Haiti, China, and San Francisco. She knew 5 languages and always got the most blue ribbons in Toastmasters. She died in 2019 from colon cancer and is survived by her daughter Catica and her husband Matthew.

The Girl With 5 Hearts is about a girl who gives her hearts to the things that she loves, only to have them rejected and broken. It is a painfully honest, yet hopeful story about giving your heart back to the One who made it, because many things in life can break it. No stranger to heartbreak and loss Chastidy’s inspiration for The Girl With 5 Hearts was autobiographic, at the same time universal. This story will inspire both young and old, and point towards healing even the deepest of wounds.

He is with me.

Tips for Making Time to Give: Live with Brilliant Balance

Join our warrior tribe and instantly receive my list of encouraging scriptures for grief or other situations when you need encouragement!